A new paper published in the Angewandte Chemie details the new soft robot. 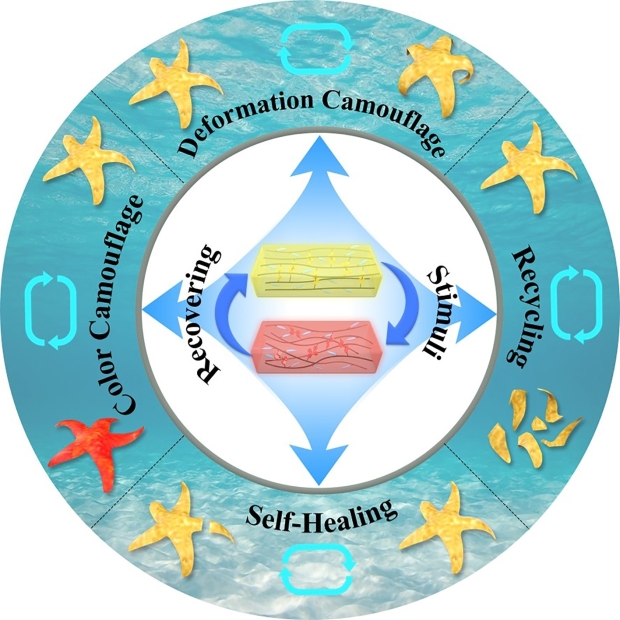 Materials scientists from the Southeast University in China have developed a new material capable of mimicking the camouflage capabilities of marine animals like starfish. The soft material is made from a liquid crystal elastomer, which changes phases with temperature. As it is heated up, the oriented liquid crystal molecules in the elastomer become more disordered, and consequently, the material shrinks.

The research team incorporated the shrinking ability into a starfish-shaped soft robot to allow it to crawl. One of the starfish tentacles had an infrared-sensitive dye added, allowing it to expand and contract from near-infrared exposure, moving the robot along a surface similar to a caterpillar.

The researchers integrated a yellow molecular dye for the robot to change color, which turned red when heated and put under pressure. The robot also demonstrated healing abilities. When the researchers cut off its tentacles or even the whole robot into pieces, heating the parts allowed the robot to fuse together again seamlessly.