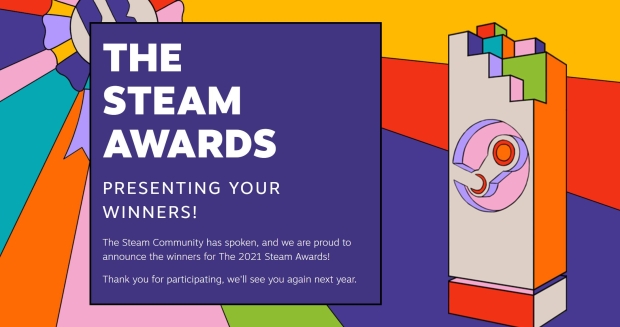 Shortly after The Game Awards, Valve recently held its own annual awards showcase to highlight the best PC games on the platform. The results aren't super surprising but are well-deserved nonetheless, with fantastic games like Resident Evil Village taking home Game of the Year (check out our official RE Village review to see why we love this game...and you should too).

After a year of controversy and mounting pressure, CD Projekt had a big win at the Steam Awards. Cyberpunk 2077 was recognized for its storytelling prowess just months after the game's Steam reviews became Mostly Positive.