A new image posted by the European Space Agency (ESA) has revealed the incredible colors of the surface of Mars. 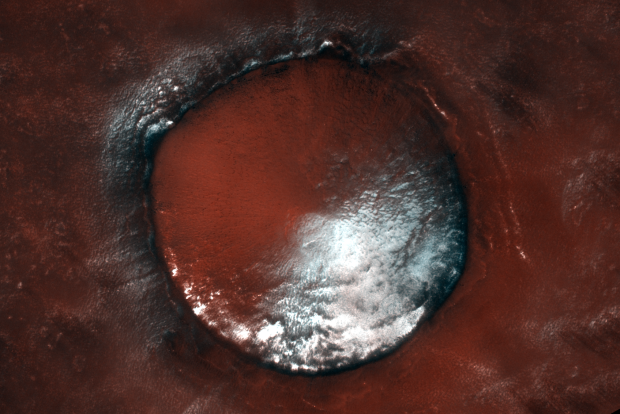 The above image showcases a Martian crater that the ESA writes looks "like a sprinkle of powdered sugar on a rich red velvet cake." The image was taken by the ESA/Roscosmos ExoMars Trace Gas Orbiter that is typically used to measure gases in Mars' atmosphere. However, the Trace Orbiter is also used to take images of the Red Planet's surface as well as act as a communication link between rovers on the surface and Earth.

The ESA explains on its website where the image was posted that the image was snapped on July 5, 2021, and showcases a four km-wide crater (2.4 miles) located in Mars' north polar region. This crater is partially filled with water ice, and the dark material that takes up most of the crater is Martian soil. As for the black outline around the crater, the ESA suspects that it consists of volcanic materials such as basalt. For more information on this story, check out this link here. 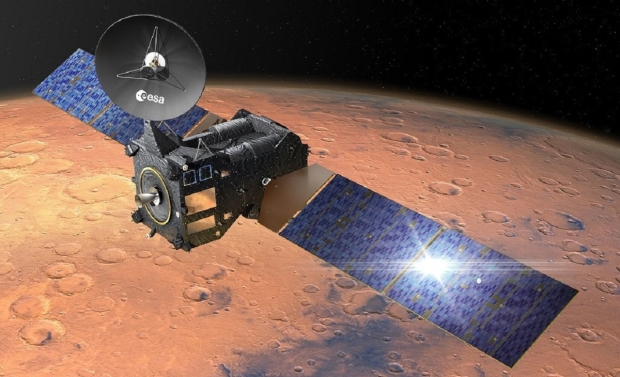