The next-generation laser made by researchers from the Department of Energy's SLAC National Accelerator Laboratory is almost complete. 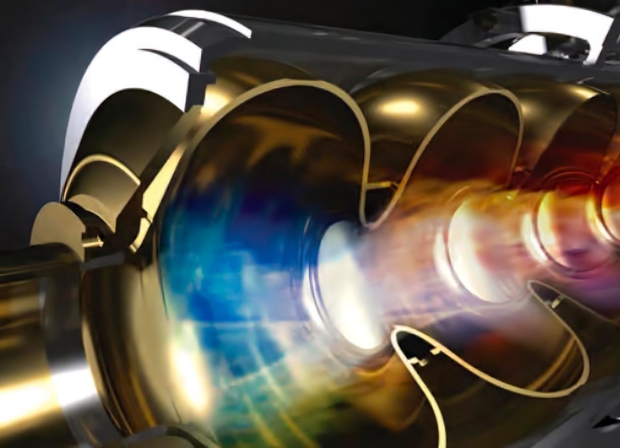 In comparison, the LCLS-II will produce one million light pulses per second, a rate of one pulse every femtosecond. The beam will be shot into a series of alternating magnets (known as an undulator) to produce X-rays, which can then be used to take snapshots during experiments. The laser apparatus of the LCLS-II spans two miles (3.2 kilometers) of a long tunnel excavated near Stanford University.

"If you think about a strobe light that goes off 120 times, you see one image. If it goes off a million times in a second, you get a much different image. So you can create a much better movie," said Andrew Burrill, SLAC associate lab director.

This video by CNET provides a detailed look at the laser.