Marc del Pozo Puig of the Eindhoven University of Technology (TU/e) has created a new 'smart ink' for use in 4D printing. 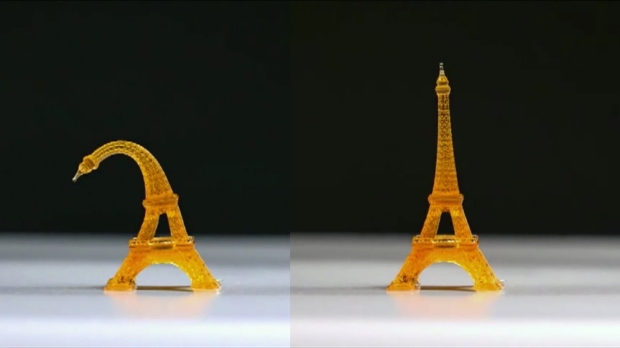 "What we didn't yet have was a more flexible material, capable of reversing its shape-shifting in various environments in response to stimuli. Now, we can adapt liquid crystals in multiple ways. We can play with not only the chemical composition but also the molecular arrangement," said del Pozo.

"Thus, materials can be designed that are responsive to humidity or temperature and whose movement can be controlled with great precision. And by combining materials with different functionalities, printed objects can be organized to form a communicating system," del Pozo continued.

The ink is also light-sensitive, which provides numerous possible applications for the technology in combination with the other stimuli. del Pozo envisions the potential for soft robots and medical applications such as printable artificial eyes, where the iris could change diameter in response to light changes.