A team of astronomers detected a mysterious signal that appears to be the birth of a baby black hole or possibly a neutron star. 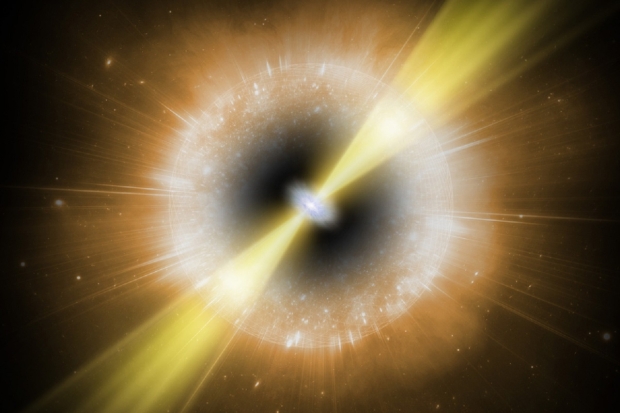 A new study published in Nature Astronomy details a mysterious signal that was detected in 2018 that came from 200 million light-years away. Researchers dubbed this signal "the Cow", and now MIT researchers detail in the recently released study that the signal contains millions of high-energy X-ray pulses. These X-ray pulses were found to flash at regular intervals of every 4.4 milliseconds.

After further analysis there researchers estimated that the object emitting these signals could be no larger than 621 miles wide and has a mass 800 times less than the mass of the Sun. Futurism reports that these dimensions are too small for a large black hole, leading researchers to consider it may be a baby black hole. Additionally, the astronomers say that the celestial object could be a supernova that turned into a neutron star.

"We have likely discovered the birth of a compact object in a supernova. The amount of energy was orders of magnitude more than the typical core collapse supernova. And the question was, what could produce this additional source of energy?" said Dheeraj Pasham, MIT research scientist and lead author of the paper.

"This happens in normal supernovae, but we haven't seen it before because it's such a messy process. We think this new evidence opens possibilities for finding baby black holes or baby neutron stars," Pasham added.

More research is needed to confirm both of the astronomers' theories.