Bitcoin has taken another hit as Wall Street opened on December 13, sending the digital asset down by around 8.4%. 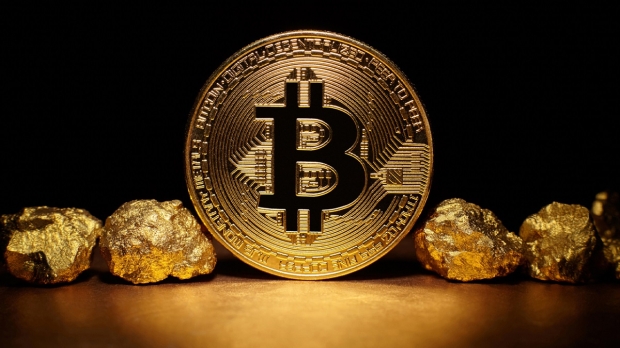 Recent trend analysis indicates that Bitcoin's price has continued to decrease for the last four consecutive weeks, putting the digital currency 30% down from its all-time high of $69,000 on November 10. On December 4, Bitcoin saw a sharp 21% decrease in value before bouncing to regain around half of its value, which then led it towards today's miniature crash of 8.4%.

So, is this the bottom, or is it possible Bitcoin can continue decreasing in value? Below, I outline all of the potential supports Bitcoin may fall to if it doesn't hold around the $45,000 mark. If support at $45,000 doesn't hold, it's likely that we will see a $40,000 Bitcoin before the end of the year. While that does sound depressing if you are currently holding any cryptocurrency, it isn't a usual thing to happen. Bitcoin makes large recorrections in price before it makes massive upward movements. 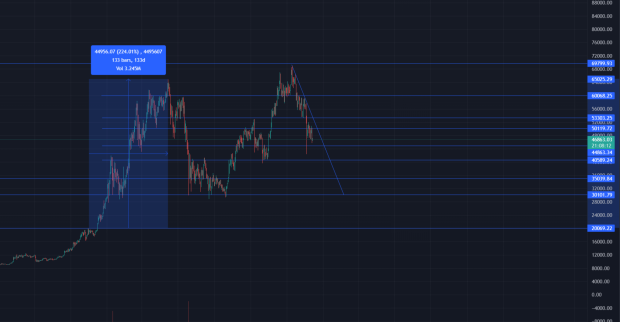 Taking into account the price action during the previous climbs and dips, it seems that the most recent dip is relatively standard for Bitcoin as the digital currency only recently created a new all-time high back in November. Considering the movements of the last all-time highs/price corrections outlined above, I believe that Bitcoin could recorrect as much as 50% (as it previously did in April 2021), which would bring its value down to around $35,000.

After reaching this "new" bottom, the digital currency may begin a similar rally as it did in July, which sent the price by 130%+. If that plays out and Bitcoin performs as it has done in the past, it's possible that within the first half of 2022 a Bitcoin will be priced around the $80,000+ mark. 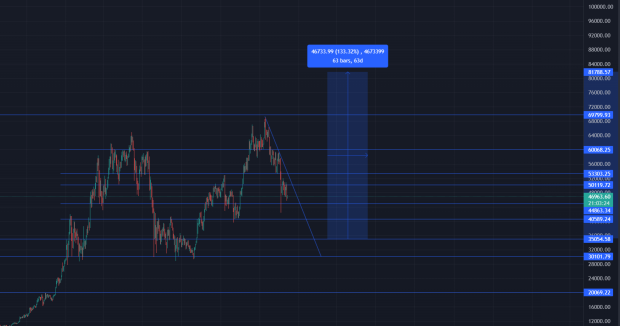 Remember, it isn't unusual for Bitcoin to recorrect its price by 30%+.