NASA has posted a new image on its blog that showcases a stunning spiral galaxy located 250 million years from Earth.

NASA has posted the images on its social channels and explains that the spiral galaxy is named UGC 11537 and is located in the constellation Aquilla. The Hubble Space Telescope has pointed its Wide Field Camera 3 at the galaxy and has captured the large spiral arms, as well as two prominent stars located in the foreground of the image.

NASA notes that the spikes seen on each of the stars are a result of the starlight interacting with Hubble's camera - defined as "diffraction spikes". Additionally, the space agency explains that the image showcases large amounts of dark dust clouds. This image of UGC 11537 comes from a set of observations designed to assist astronomers in measuring supermassive black holes that are located at the center of galaxies such as UGC 11537. 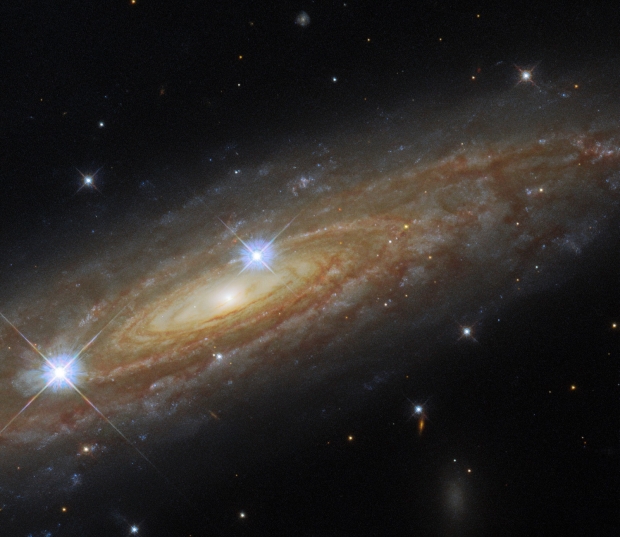 "This image came from a set of observations designed to help astronomers weigh supermassive black holes in the centers of distant galaxies. Hubble's sharp-eyed observations, along with data from ground-based telescopes allowed astronomers to make detailed models of the mass and motions of stars in these galaxies, which in turn helps constrain the mass of supermassive black holes," NASA writes.