In a study published earlier this year in Physical Review Letters, researchers from RIKEN Interdisciplinary Theoretical and Mathematical Sciences Program predicted the existence of a particle combining six quarks. 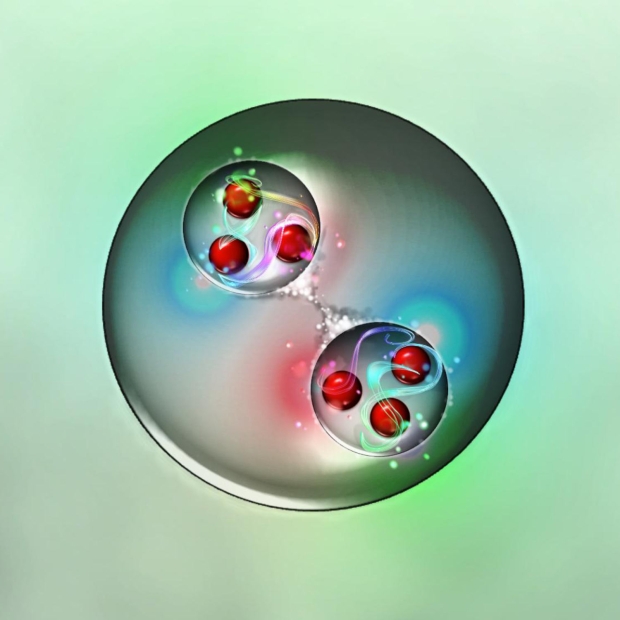 Systems containing two baryons, named dibaryons, have been speculated to exist by scientists. Deuteron, the nucleus of deuterium, is the only known dibaryon to exist in nature. Deuterium is an isotope of hydrogen which typically has one proton in its nucleus, referred to in isolation as protium. Deuteron instead has an additional neutron to accompany the lone hydrogen.

"Although the deuteron is the only known stable dibaryon, many more dibaryons may exist. It's important to study which pairs of baryons form dibaryons and which do not because this provides valuable insights into how quarks form matter," says Takuya Sugiura of RIKEN.

A team of researchers, including Sugiura, predicted the existence of a new dibaryon dubbed the charm di-Omega, by calculating the forces acting between two baryons comprised of three charm quarks, one of the six types of quarks. They did so using the K computer and the HOKUSAI supercomputer and are now following up their study with the Fugaku supercomputer.

"We're especially interested in interactions between other particles containing charmed quarks. We hope to shed light on the mystery of how quarks combine to form particles and what kind of particles can exist," said Sugiura.