The comet called Bernardinelli-Bernstein (BB) has just surprised researchers once again as it makes its way through to the edges of our solar system. 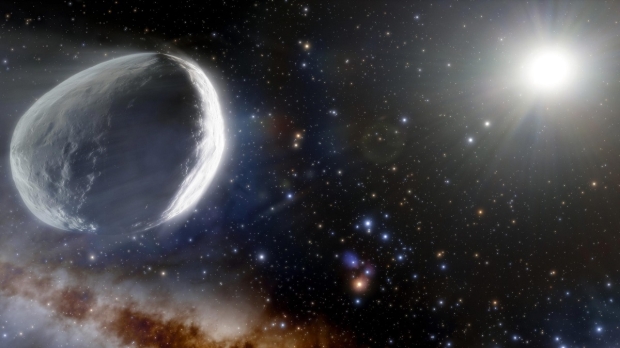 BB is a 62-mile wide comet that was first discovered back in 2014 and since then has been a focus point for researchers that want to understand the nature of comets and retrace their life-spans. Researchers analyzed data from the Transient Exoplanet Survey Satellite (TESS) that was acquired between 2018 and 2020, what they found was that BB was "active" much earlier than anticipated.

A comet becomes "active" when light from the Sun heats up the comets surface, melting the icy crust and turning it into water vapor, causing the iconic "tail", or "coma" that defines a comet. The researchers found that BB was active when it was much farther away from the Sun than previously anticipated, which has now pushed the possible distance for active comets out much further than researchers have previously estimated.

"These observations are pushing the distances for active comets dramatically farther than we have previously known," says astronomer Tony Farnham, from the University of Maryland (UMD).

"We make the assumption that comet BB was probably active even farther out, but we just didn't see it before this. What we don't know yet is if there's some cut-off point where we can start to see these things in cold storage before they become active," says Farnham.

ScienceAlert reports that the size of the comet and the distance away from the Sun when it became active are indicators that "carbon monoxide is present", which could mean that BB was already producing a glow before telescopes identified it.