NASA's Parker Solar Probe has just completed its 10th pass of the Sun, and during its fly-by, it smashed two world records. 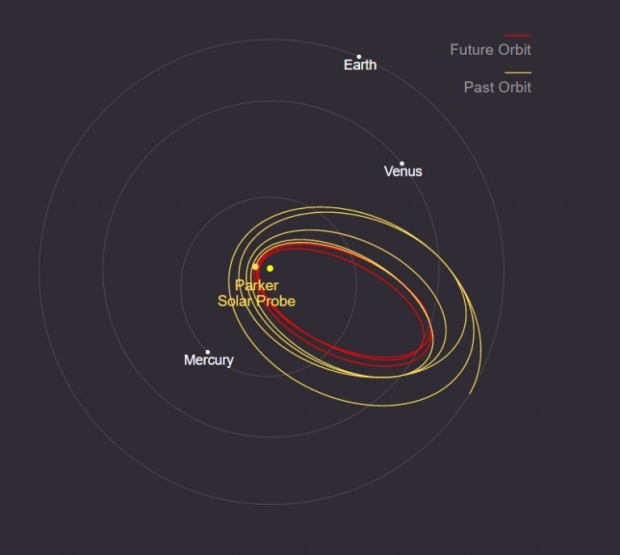 The NASA probe made an extremely close encounter with the Sun on November 21, 2021, at 4:35 am EST. The probe was just 5.3 million miles away from the surface of our star and passed by at a ridiculous speed of 363,660 mph, making it the fastest artificial object ever created. Additionally, the Parker Solar Probe also broke the record for the closest satellite to survive a near pass of the Sun.

The probe will continue to orbit and increasingly get closer to the Sun, eventually coming within 4.3 million miles from the surface at speeds above 430,000 mph. With each pass, the probe collects valuable data about our star and relays the information back to Earth for scientists to interpret. Information regarding solar wind, and the amount of dust particles in the area are two main sets of data the probe collects. If you are interested in reading more about this story, check out this link here.

The spacecraft entered the encounter in good health, with all systems operating normally. Parker Solar Probe is scheduled to check back in with mission operators at the Johns Hopkins Applied Physics Laboratory in Laurel, Maryland - where it was also designed and built - on Nov 24.

The spacecraft will transmit science data from the encounter - largely covering the properties and structure of the solar wind as well as the dust environment near the Sun - back to Earth from Dec. 23-Jan. 9," NASA writes.