Brown dwarfs are massive stellar objects that fit in between planets and stars, and one has been identified with a large amount of lithium. 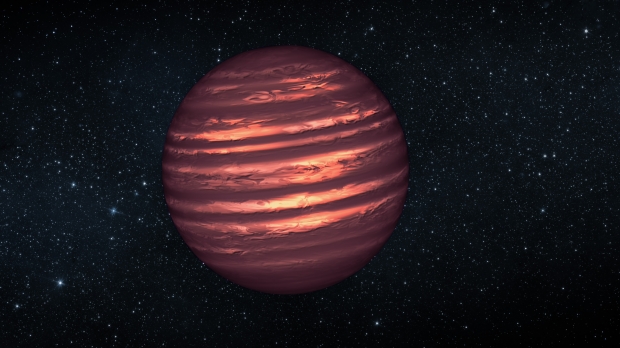 Brown dwarfs are not massive enough to burn hydrogen, which other stars burn, allowing them to shine in the night sky. For this reason, astronomers did not detect brown dwarfs until 1995. Since then, they have been identified in binary systems, and their masses have been determined using Kepler's laws.

The laws are formulae that describe the movement of astronomical bodies subjected to each other's gravity. Some bodies in these systems have been calculated to be massive enough to burn lithium, while their counterparts have been too small to do so.

Researchers were able to take high-accuracy spectroscopic observations of two binaries comprising brown dwarfs utilizing the OSIRIS spectrograph on the Gran Telescopio Canarias (GTC, or Grantecan), at the Roque de los Muchachos Observatory (ORM). They did not detect lithium in three of the brown dwarfs in the binaries, but it was observed in Reid 1B, the coolest of the four.

Reid 1B is the faintest extrasolar object on which lithium has been found, containing lithium with a mass 13,000 times greater than all of the lithium on Earth. Reid 1B is 1.1 billion years old, with a dynamical mass 41 times greater than Jupiter, and it lives 16.9 light-years from Earth. 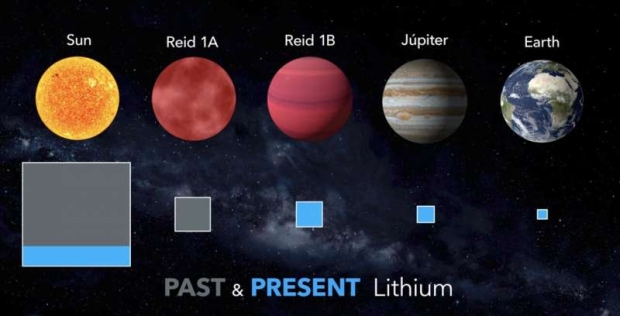 "Although primordial lithium was created 13,800 million years ago, together with hydrogen and helium, as a result of the nuclear reactions in the primordial fireball of the Big Bang, now there is as much as four times more lithium in the Universe. Although this element can be destroyed, it is also created in explosive events such as novae and supernovae, so that brown dwarfs such as Reid 1B can wrap it up and protect it as if it was a chest of hidden treasure," said Carlos del Burgo Diaz, a researcher from INAOE.

Now we need to travel tens of light-years away and harvest Reid 1B, and we'll never run out of lithium.

The researchers from the Instituto de Astrofisica de Canarias (IAC) and the Instituto Nacional de Astrofisica, Optica y Electronica (INAOE) published an article detailing their findings in Monthly Notices of the Royal Astronomical Society. You can read more from the article here.