A new study published in Nature Communications details the discovery of an enormous "barrier" located at the center of our Milky Way. 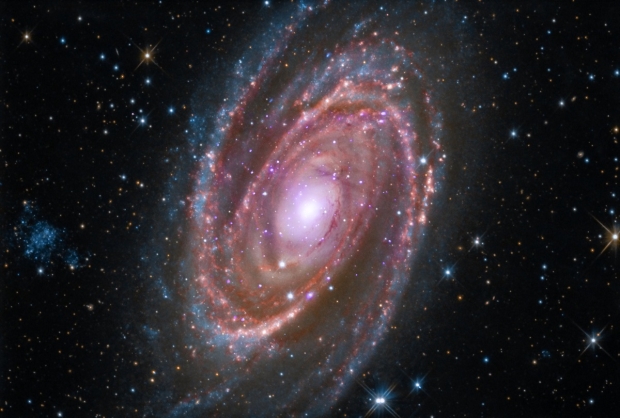 The team of astronomers behind the study from the Chinese Academy of Sciences located in Nanjing, looked at a map of gamma-rays in our galaxy. Space.com reports that gamma-rays are the highest-energy form of light in the universe and can originate when high-speed particles known as cosmic rays collide with matter. The map showed researchers that at the center of the Milky Way, there is something that is increasing the speed of particles, some even close to the speed of light.

Additionally, the map showed a large amount of cosmic and gamma rays just outside of the center of the galaxy. On top of that, the researchers detailed that while the galactic center of the Milky Way blasts out high-energy radiation into the space surrounding it, something is preventing large amounts of cosmic rays from entering. The researchers describe it as a "barriera" that appears to be wrapped around the center of the galaxy. This "barrier" keeps the density of cosmic rays within the region lower than the baseline amount seen throughout the rest of the Milky Way galaxy.

Essentially, the "barrier" allows for cosmic rays to leave the galactic center but doesn't allow for them to get back in. At the moment, no one knows how or why the "barrier" exists. More research is required.