NASA's Perseverance rover is asking the public to take a second to marvel at its first-ever Martian sunset viewing.

NASA has posted the image of the Mars sunset on the Perseverance Twitter account while also detailing the observation on its website. Perseverance snapped the image of the Martian sunset using its Mastcam-Z camera system on November 9, 2021, and according to the blog post, Mars sunsets are usually blue due to the fine dust throughout the atmosphere allowing blue light to penetrate it more effectively than other wavelengths of light.

However, the sunset seen above is different, and NASA explains, "less dust in the atmosphere resulted in a more muted color than average. The color has been calibrated and white-balanced to remove camera artifacts." Perseverance will continue its search for signs of microbial life on the Red Planet, and throughout its journey, it will collect rock samples that will eventually be transported back to Earth for researchers to analyze. If you are interested in reading more about this story, check out this link here. 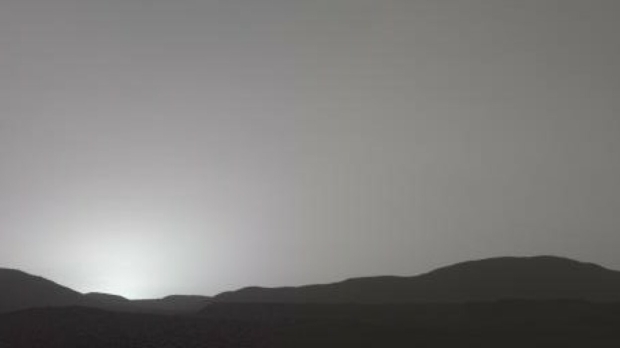