4 years later, Assassin's Creed Origins is still a looker. But 8K gaming pushes the game to an entirely new level. 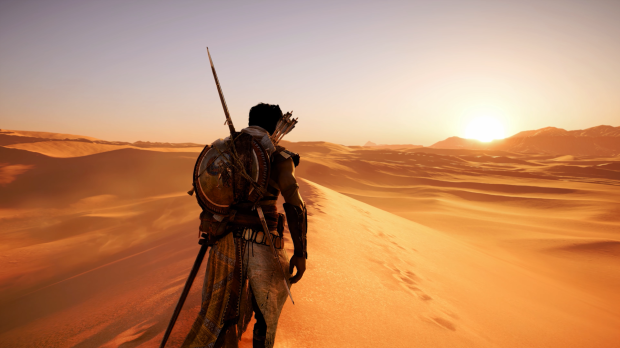 AC Origins is one of the best-looking games in the franchise. The Ptolemaic Egyptian world is replete with brilliant colors and enchanting ancient pyramids, towering plinths and monoliths, and tons of Hellenistic statues. It's one of the best worlds Ubisoft has ever created and it looks absolutely insane in 8K.

YouTuber Digital Dreams is known for pushing games well past their limits on PC and that's exactly what's happened to AC Origins. A new video reveals what future-generation Assassin's Creed games could look like with 8K resolution and RT On. The spellbinding footage was captured on a PC outfitted with GeForce RTX 3090 pumping out crazy 8K resolution at the ultra graphics preset.

Now if you'll excuse me, I totally have to play some Origins.