Billionaire Jeff Bezos has given a prediction for the future of human civilization. He says humans will eventually be born in space. 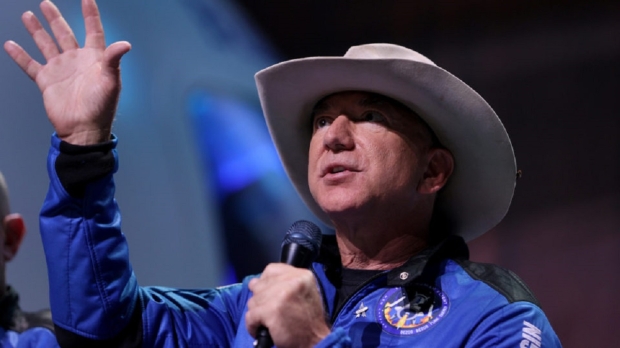 During the Ignatius Forum in Washington DC, Amazon and Blue Origin founder Jeff Bezos said that humans will eventually be born in space and visit Earth as tourists. According to Bezos, humans will build colonies in space, and these colonies will give birth to humans who have never been on Earth before. "Over centuries, many people will be born in space. It will be their first home," said Bezos.

Additionally, Bezos says that people will live within these space colonies and visit Earth the same way people go and visit countries or locations such as Yellowstone National Park or Disneyland. Here's what Bezos said, "They will be born on these colonies, live on these colonies, then they'll visit Earth the way you would visit, you know, Yellowstone National Park." If you are interested in reading more about this story, check out this link here.