NASA has confirmed three solar flares erupting on the surface of the Sun and an impact resulting in auroras being seen in the sky across select locations. 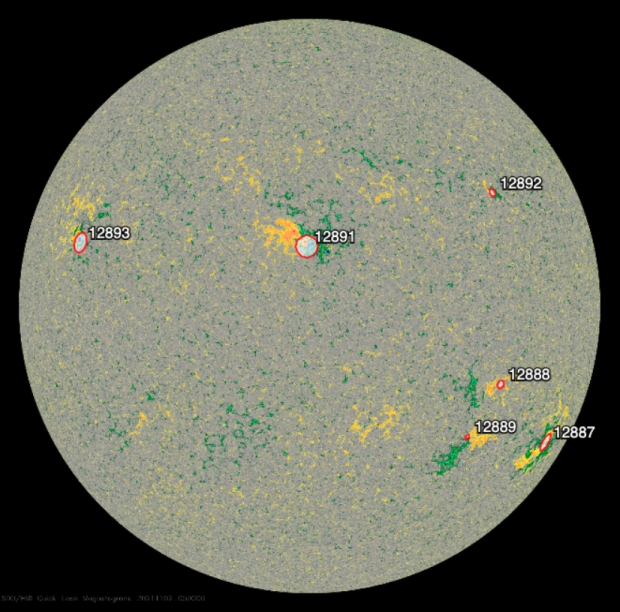 NASA writes in a new blog post that the solar flares came from two active regions on the Sun; AR 12891 and AR 12887. On November 1, a C1.3-class flare was detected erupting from AR12887, which was followed by a C4-class flare two hours later. The flare intensity is measured on a scale; A, B, C, M, and X-classes. Each class is ten times stronger than the last, with X being the strongest and A being the weakest.

Two hours after the last flare, another was detected out to AR 12891. This one was an M1.6-class flare. NASA writes that solar flares are often associated with coronal mass ejections (CME), large swaths of plasma ejected into space from the Sun's corona. CME's can sometimes hit Earth and, depending on the intensity of the impact, can cause geomagnetic storms in Earth's upper atmosphere. The impact of the charged particles on Earth's magnetic field can cause issues for satellites, radio communication, electricity grids, and more. 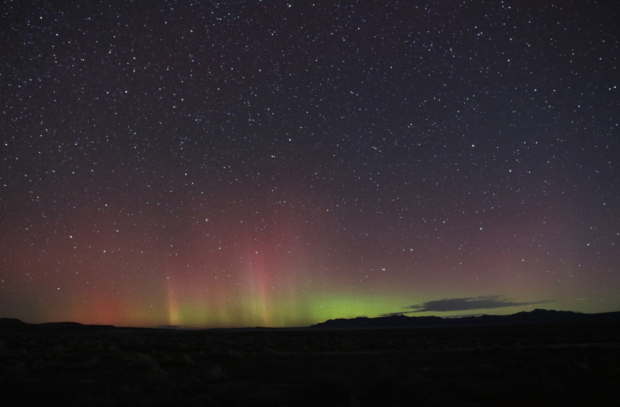 On a more positive note, the geomagnetic storms can produce auroras to be seen in the sky in select locations across the planet. The image above is a geomagnetic storm unfolding over Utah on November 4.