The four astronauts aboard the SpaceX Endurance have successfully arrived at the International Space Station.

Crew Dragon Endurance launched from pad 39A at NASA's Kennedy Space Center in Florida on Wednesday, November 10, and after 22 hours after launch, linked up with the Harmony module on the International Space Station at 6:32 p.m. EST. The entire event was live-streamed by NASA and SpaceX, and NASA's Courtney Beasley can be heard confirming Endurance attaching itself to the ISS module for docking.

"Capture confirmed. Contact confirmed at 3:32 p.m. Pacific Time as the International Space Station and Endurance were flying above the Caribbean," said Beasley. NASA astronauts Raja Chari, Tom Marshburn and Kayla Barron, and European Space Agency (ESA) astronaut Matthias Maurer were onboard Endurance and are happy and healthy. If you are interested in reading more about the Crew-3 launch, check out this link here. 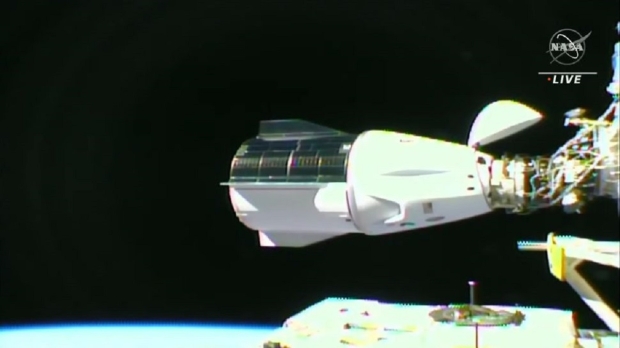