Researchers have penned a new study that reveals the discovery of a rare mineral that forms under extremely high pressure and high temperature in Earth's mantle. 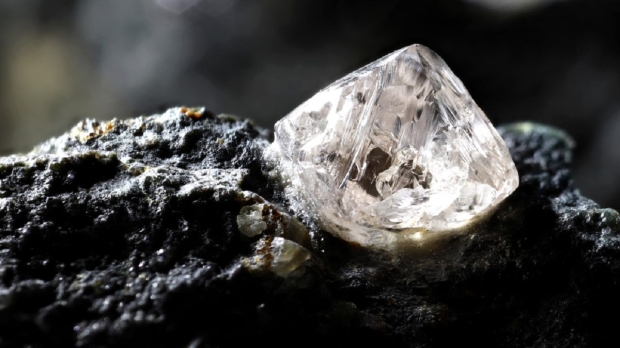 The mineral that was found is called davemaoite, after the geophysicist Ho-kwang (Dave) Mao, and forms in the solid layer of Earth that is between the crust and the core. Researchers have suspected that there would be quite a lot of davemaoite but have never found any due to the mineral breaking down into other minerals as it moves closer to the surface. However, researchers examined a diamond from Botswana that is estimated to have formed 410 miles below the surface revealed some davemaoite trapped inside.

Oliver Tschauner, a mineralogist at the University of Nevada, Las Vegas, and lead author on the study, said to LiveScience, "The discovery of davemaoite came as a surprise". Tschauner explains that the discovery of davemaoite within the diamond suggests that diamonds can form much deeper in Earth's mantle than previously thought and that looking at this depth for more minerals of the mantle may be a viable option for further research.

Additionally, Yingwei Fe, a geophysicist at the Carnegie Institution for Science in Washington, D.C, commented on the results of the study (wasn't involved), and said, "The work by Tschauner et al. inspires hope in the discovery of other difficult high-pressure phases in nature. Such direct sampling of the inaccessible lower mantle would fill our knowledge gap in chemical composition of the entire mantle of our planet."