Konami delivers updated sales figures for Metal Gear Solid and confirms it is the second best-selling franchise in the company's history. 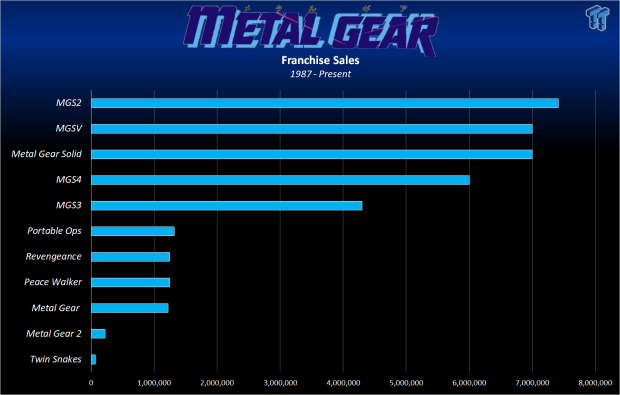 The Metal Gear franchise has sold over 57.7 million copies since September 2021, Konami confirms in its latest company profile briefing. These numbers affirm the 34 year-old series as a strong pillar in Konami's premium games lineup, with the games-maker referring to Metal Gear as a "high-profile" title series.

Although Konami is shifting more towards digital with its new free-to-play PES Soccer entry, the company isn't giving up on bigger premium experiences just yet. Sources say Konami has licensed its Metal Gear and Silent Hill franchises out to third-party studios for new games and remasters, including a new Metal Gear Solid trilogy remaster collection and a fully-fledged remake of Metal Gear Solid 3.

Konami hasn't discussed or revisited the franchise since the ill-fated Metal Gear Survive in 2018, which was three years after the disastrous break-up between Hideo Kojima and Konami in 2015. 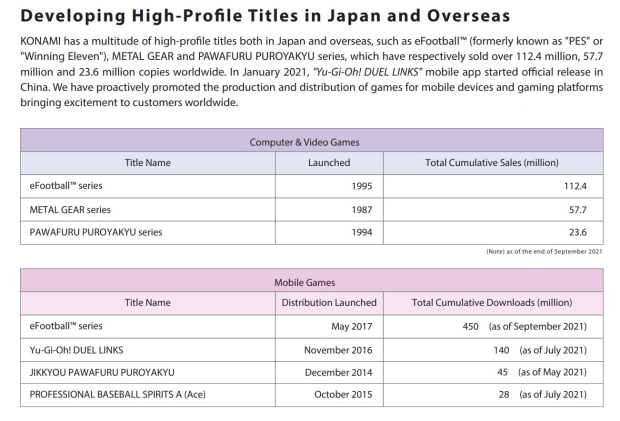