NASA is celebrating Nebula November, and the space agency is revisiting all of the incredible nebulae that have been observed throughout our Milky Way galaxy.

NASA writes that the star lived fast and died young, and when its life came to an end, it released a large amount of energy into the space around it. The shockwaves from the explosion and the debris "sculpted the Veil Nebula's delicate tracery of ionized gas - creating a scene of surprising astronomical beauty." Ionized oxygen can be seen in the blue colors, ionized hydrogen and ionized nitrogen can be seen in the reds. If you are interested in reading more about the Veil Nebula, check out this link here. 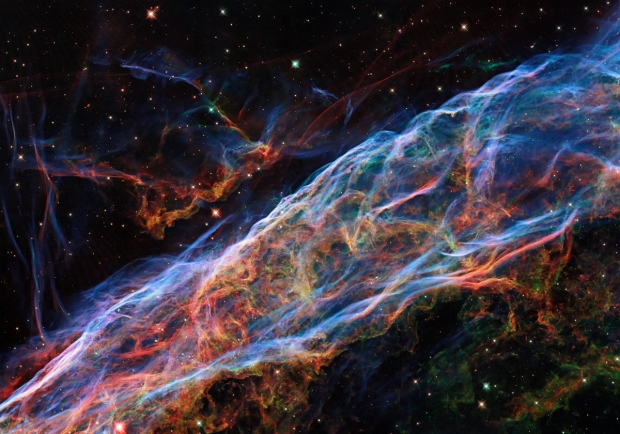