A former NASA astronaut has explained how he thought he would be the first astronaut to ever drown during a spacewalk.

Former NASA astronaut Garret Reisman took to Twitter to give an "astronaut tip" where he said that all astronauts should make sure their bite valve is firmly attached to your water bag straw. Looking at NASA documentation regarding astronaut suits and helmets, spacesuits contain a drinking bag of water that has a straw running into the astronaut's mouth. Reisman goes on to say that during a spacewalk, he saw his water bag floating inside of his helmet.

Here's what Reisman said, "Astronaut Tip #217: Make sure your bite valve is firmly attached to your water bag straw. When I saw mine float by INSIDE my helmet I was less than thrilled at the thought of becoming the first astronaut to drown during a spacewalk." Reisman added, "Fortunately, the surface tension proved to be enough to keep the majority of the water in the bag."

Reisman isn't the only astronaut to have experienced a fright regarding water inside a space helmet, as Italian astronaut Luca Parmitano noticed his drinking bag was leaking into his helmet during a 2013 spacewalk. The leak was so bad that the water eventually covered his eyes and nose, making it extremely difficult to see. 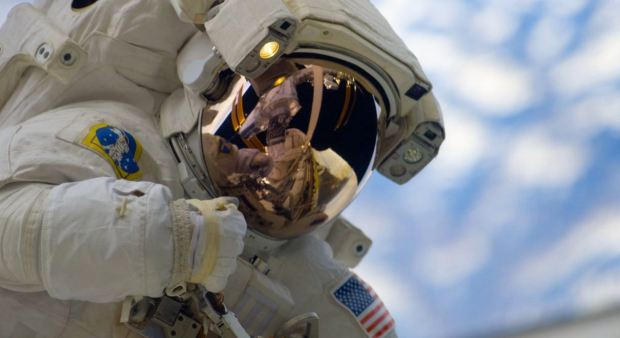