The Nintendo Switch has now sold-in a total of 92.87 million shipments worldwide and is on pace to beat the Wii's sales by the end of the fiscal year. 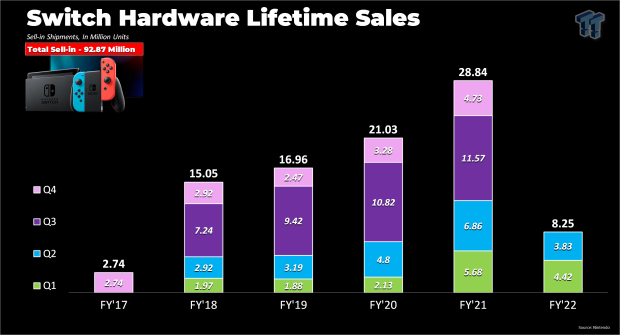 Switch sell-in has dropped significantly. Like every other tech company, Nintendo is having a hard time securing components and scarcity has led to less shipments. During Q2, Nintendo shipped 3.83 million Switch consoles, down 44% from last year's blitzkrieg shipments. 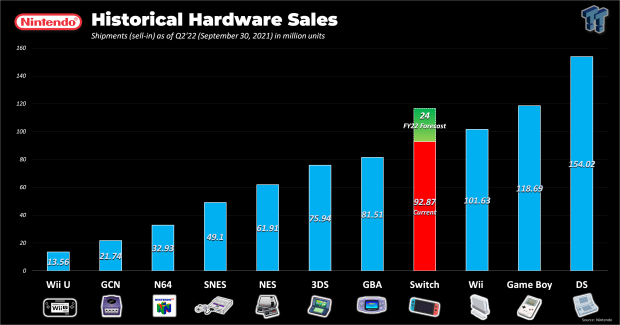 Due to shortages, Nintendo has dropped its Switch shipment forecast from 25 million units to 24 million. The company must ship 15.75 million more Switches to meet this goal, and by March 2022 the system will have sold-in 108.62 million.

Despite this decline, the Switch will beat the Wii by the end of this fiscal year. The console currently has 92.87 million global shipments, and Nintendo only has to ship 8.76 million units to make this happen. 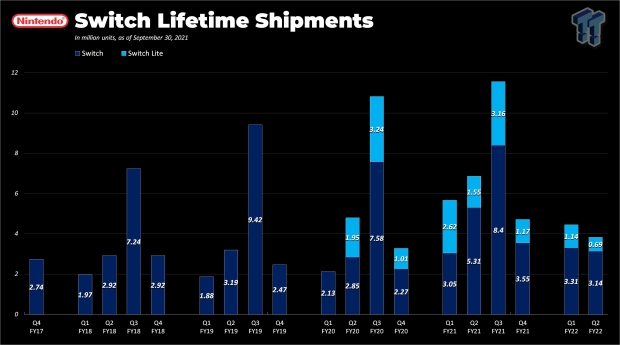