A newly published study has revealed that NASA's Curiosity rover has just discovered never-before-seen organic molecules on Mars for the first time. 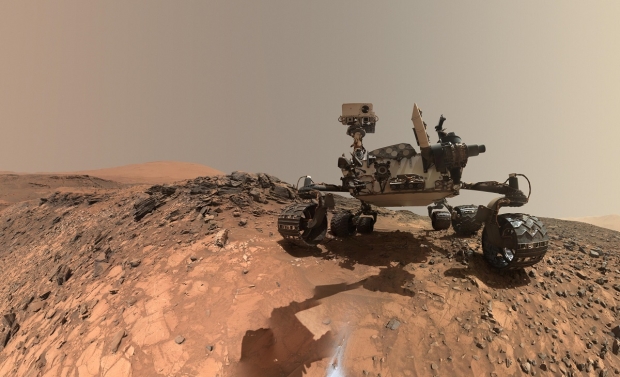 The new study has been published in the journal Nature Astronomy and details the discovery that occurred in March 2017 when NASA's Curiosity rover collected a dirt sample from the Bagnold Dune on Mars. Curiosity is equipped with 74 cups that can be used to store dirt samples, and nine of these cups are pre-filled with a chemical mixture. Due to Curiosity's drill being out-of-service at the time, the team behind the collection decided to place the dirt into one of the nine cups containing chemicals.

Initially, the team's motivation was to create a reference for future chemistry experiments that will be conducted on Mars with samples, but what the researchers didn't expect is their first sample to be rich with organic molecules. The team identified two significant organic molecules after performing analysis on the sample; benzoic acid and ammonia. Maeva Millan, a postdoctoral fellow at NASA's Goddard Spaceflight Center and lead author of the new study, said, "This experiment was definitely successful. While we haven't found what we were looking for, biosignatures, we showed that this technique is really promising."

Adding, "In the regular process, when we collect the sample with the robot arm of Curiosity, we would drop it into one of those cups. But in this case, we dropped the sample into one of the fields filled with chemical reagents."

"One of the things that we were trying to look for [when searching for] organic molecule on Mars is to understand the past habitability of Mars and to look for bioindicators."

"Once we have found that, we can say where they originated from," Millan says. "As of now, with all the molecules that we have found on Mars, we have made the hypothesis that they could come from geological processes."