NASA is celebrating "Nebula November" and has decided to put out an informative video explaining exactly what nebulae are.

The video is titled "Hubble Field Guide to Nebulae" and has been posted to the NASA Goddard YouTube channel. The video explains that nebulae are comprised of gas and dust, primarily hydrogen and helium. Nebulae exist within the interstellar medium, the space between stars systems, and occur when the region of space has become dense enough to form clouds. The shift in density can occur from gravity pulling in all of the gas and dust in the area or a star spewing its contents out into the region.

According to NASA's blog post, there are several different types of nebulae. One is an "Emission Nebulae", which is appropriately named due to its ability to emit its own light. "Reflection Nebulae" reflect the light from nearby stars as the stars aren't powerful enough to ionize the nebula's gas, as opposed to an emission nebula that is powerful enough. There are also "Planetary Nebulae", "Supernova Remnants", and "Absorption Nebulae". To learn about how each of these nebulae forms and their characteristic features, check out this link here. 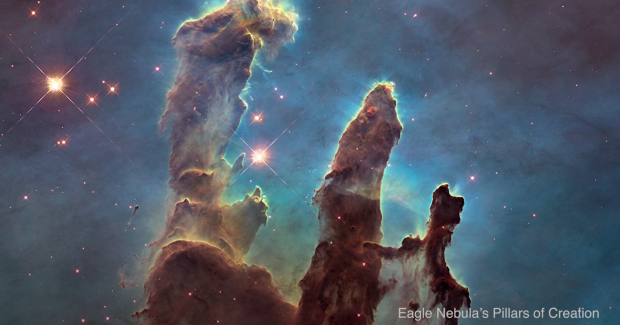