In a new blog post, NASA has detailed the results yielded from the Juno spacecraft's observations of the solar system's largest planet.

In the post, the space agency states that its Juno probe that is currently orbiting the planet Jupiter has provided insight into the inner workings of the gas giant's atmosphere. From the observations, researchers were able to derive the first 3D map of Jupiter's atmosphere, the results have been published throughout several papers in the two recent issues of the Journal of Geophysical Research: Planets and Geophysical Research Letters.

Scott Bolton, the principal investigator of Juno from the Southwest Research Institute in San Antonio and lead author of the Journal Science paper that explores the depth of Jupiter's vortices, said, "Previously, Juno surprised us with hints that phenomena in Jupiter's atmosphere went deeper than expected. Now, we're starting to put all these individual pieces together and getting our first real understanding of how Jupiter's beautiful and violent atmosphere works - in 3D." 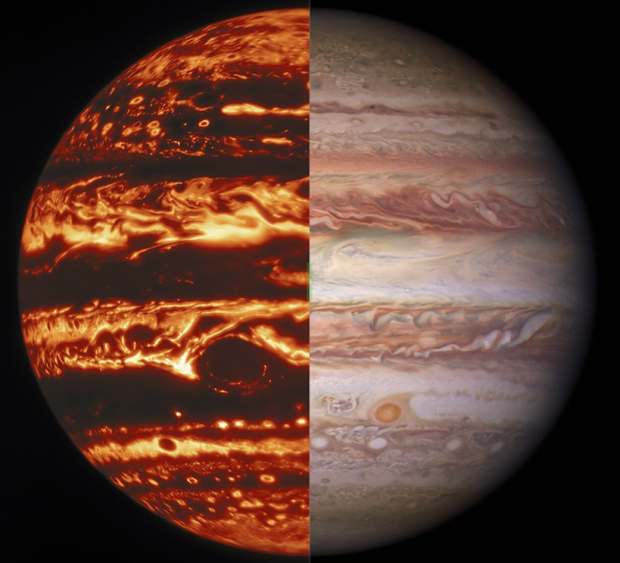 Using Juno's instruments, the researchers were able to look deep into these violent vortex storms that are seen chaotically tumbling through Jupiter's atmosphere. Jupiter's most iconic feature, the Great Red Spot, was one of the violent vortex storms that were inspected, and researchers discovered that "these storms are far taller than expected, with some extending 60 miles (100 kilometers) below the cloud tops and others, including the Great Red Spot, extending over 200 miles (350 kilometers)", wrote NASA.

Adding, "This surprise discovery demonstrates that the vortices cover regions beyond those where water condenses and clouds form, below the depth where sunlight warms the atmosphere."

If you are interested in reading more about this topic, check out this link here.