Capcom's latest integrated report shows just how much the company has grown over the last two decades. 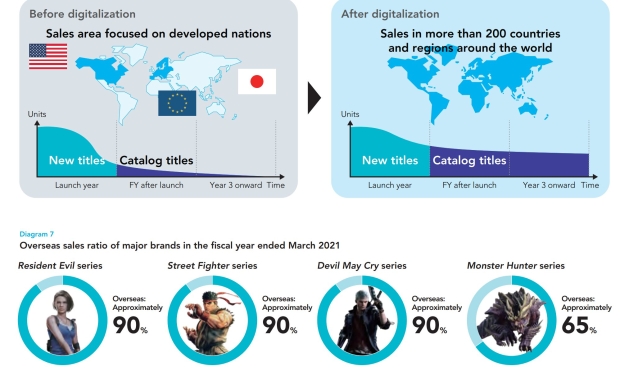 Capcom's digital business plan is paying off big. The digital model has led to eight consecutive years of operating profit growth driven by efforts like expansion into emerging worldwide markets, bringing games to the digital-focused PC platform, timed sales, and more engagement-driven experiences in its games.

The company's recent metrics speak volumes and clearly illustrate just how much Capcom has grown over the years, and it's all because of its forward-thinking adaptation to growing markets. Capcom has embraced worldwide expansion in a way that sees its games being carried to non-traditional markets in an effort to maximize sales reach. The plan is working very well.

With this digital model, Capcom has ambitions to sell 100 million games every year. The more realistic goal is around 50 million, its CEO says, and through this year it expects to sell 32 million copies. Again, this is due to the multi-pronged approach of game sales, discounts, and digital platforms that make games available to over 200 countries worldwide. The idea is to make Capcom's games pretty much available to every country. 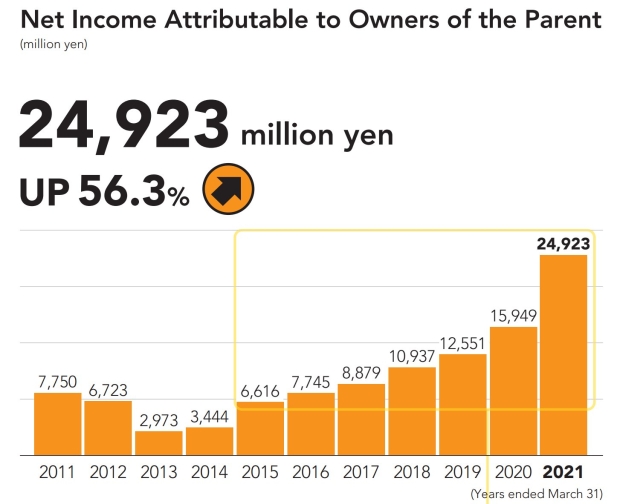 So where does Capcom go from here? Up and up. The company is doubling-down on its digital efforts and sees new growth opportunities in platforms like cloud, subscription, mobile gaming, and esports. But make no mistake: most of its efforts are focused on delivering high-quality, premium games across consoles and PC.