NASA has published a new image taken by the famous Hubble Space Telescope. This time around, Hubble has snapped a photo of a distant "starburst galaxy".

NASA and the European Space Agency's Hubble Space Telescope has been in operation for multiple decades now, and despite its age, the space telescope still manages to take phenomenal images of the universe. The above image is of a distant spiral galaxy named NGC 4666, located around 80 million light-years from Earth within the constellation Virgo. NASA explains that this galaxy is currently going through an "intense episode of star formation".

Additionally, the space agency explains in its post that astronomers refer to galaxies undergoing intense episodes of star formation as "starburst galaxies". The galaxy's "starburst formation" can be attributed to its gravitation interactions with its neighbors, "including the nearby galaxy NGC 4668 and a dwarf galaxy, which is a small galaxy made up of a few billion stars." If you are interested in learning more about this truly awesome spiral galaxy, check out this link here. 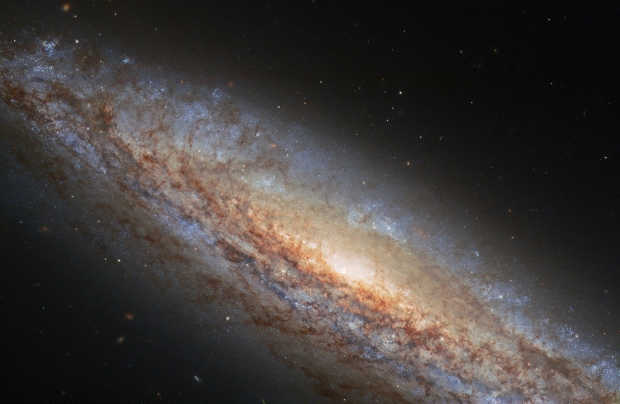