Square Enix says Guardians of the Galaxy's install size on the spec requirement page will shrink by almost half before launch. 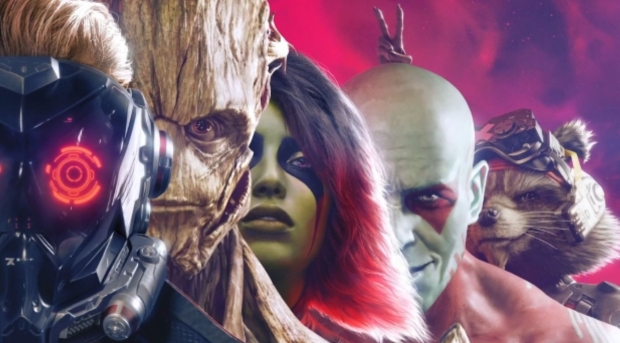 A bit ago some bruhaha broke out about Eidos-Montreal's new Guardians of the Galaxy game, mainly with its huge install size requirements. Previous Steam listings say the game needs 150GB of space. This is wrong. The game actually only needs about 80GB of space--Eidos-Montreal has shrunk the requirement down by nearly 50%--and the Steam store page has been updated to reflect this number.

Outside of this brief kerfuffle there hasn't been much negativity around the game. Guardians of the Galaxy is an offline, singleplayer-only action RPG and won't be monetized with microtransactions or DLC. It's a self-contained experience and is as opposite as Avengers as a game could get. Crystal Dynamics' Avengers game has been criticized for its over-monetized cosmetics and explosive, yet derivative gameplay. 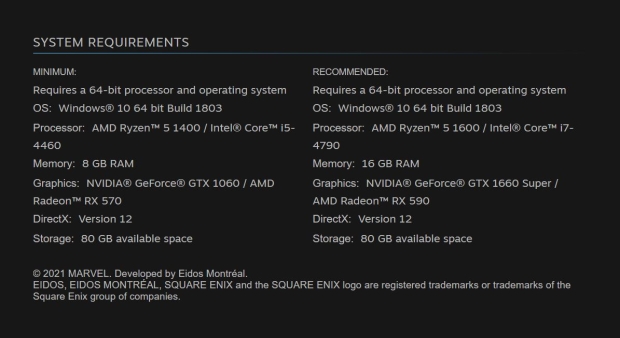 "No matter what phase of the game you're in, exploration or fighting, the Guardians are always around and you never feel alone. They'll also make decisions on their own and you adapt to them."

"It's not trying to represent the comic or the films, it's trying to take the medium you're working with and make the best experience based on that."

Guardians of the Galaxy will release on October 25, 2021 on PS4, Xbox One, and PC, and includes a free upgrade to Gen 9 consoles.

Marvel's Guardians of the Galaxy - PlayStation 4