The idea of advanced aliens being out there somewhere in the cosmos has been an idea much speculated by everyday people as well as scientists. 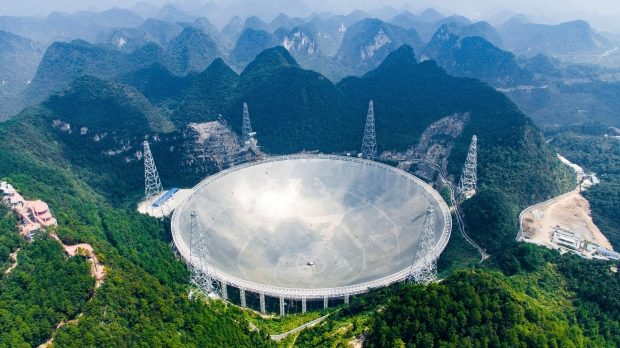 There are people on both sides of the metaphorical fence that claim aliens are somewhere out there in the void and others who claim we are the first since we haven't detected them yet. Perhaps the problem isn't that they are real or not, perhaps, the problem is a limitation in our technology to detect them (if they are there). A new study has appeared on a preprint server that details the possibility of China's new radio telescope being capable of detecting alien probes within and beyond our solar system.

The paper explains through calculations that China's Five-hundred-meter Aperture Spherical Radio Telescope (FAST) could be able to detect alien probes within its radio spectral band that is a key feature of the telescope. The idea behind the telescope being able to detect alien probes is that these probes would emit some kind of radiation that China's new instrument could then detect. If you are interested in reading more about this story, check out this link here.