NASA recently launched its spacecraft that is scheduled to inspect ancient asteroids located near the largest planet in our solar system - Jupiter.

NASA's Lucy spacecraft took off on Saturday, October 16, aboard the United Launch Alliance Atlas V rocket, and while the launch was deemed an overall success, the space agency has announced the spacecraft has experienced a slight problem with one of its solar panels. The two solar panels Lucy is equipped with are crucial components of the spacecraft's very ambitious mission to visit the ancient Trojan asteroids as they give the spacecraft power.

According to the announcement from NASA's associate administrator for science who wrote on Twitter, Lucy is "safe and stable". However, "The two solar arrays have deployed, but one may not be fully latched." Adding, "The team is analyzing data to determine next steps. This team has overcome many challenges already and I am confident they will prevail here as well." NASA gave its own statement on the matter, saying, "Lucy's two solar arrays have deployed, and both are producing power and the battery is charging. While one of the arrays has latched, indications are that the second array may not be fully latched."

The space agency continued, "In the current spacecraft attitude, Lucy can continue to operate with no threat to its health and safety. The team is analyzing spacecraft data to understand the situation and determine next steps to achieve full deployment of the solar array." 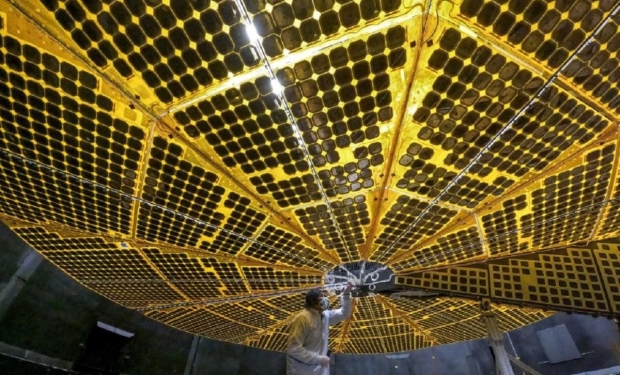