Chinese mega-hit Genshin Impact is the latest internet sensation to grab the attention of Tesla's Elon Musk, which could help spike popularity even more.

Elon Musk could eventually show up in F2P sensation Genshin Impact, possibly as an NPC. So how did we get here? Genshin Impact developer MiHoYo launched a strange fan account Paimon2theMoon back in August. The account is run by Ella Musk, the so-called fictional daughter of Elon Musk. It's obviously a tongue-in-cheek joke, and the account even put up some follower goals according to NoisyPixel:

It looks like Musk is interested in playing along in his own way. The news started circulating on Twitter and Musk got word of the strange ARG campaign, putting out a tweet: "I can't wait to be in Genshin Impact."

While it's probably not going to happen, Musk has been unpredictable and we don't always know what he'll do. Maybe, just maybe, Musk will actually show up in the F2P hit. 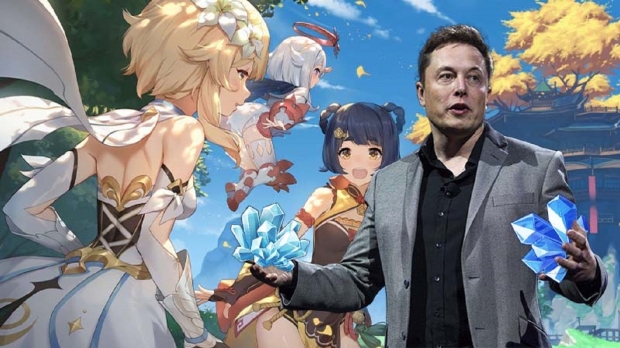