Why do NASA and other space agencies want to explore the barren wasteland that is Mars? Is it because the planet was once like Earth?

NASA has taken to its YouTube channel to post a new video that's a part of its "We Asked a NASA Scientist" series that is curated around answering some of the biggest questions the agency gets and some of the most popular questions about the universe. In this week's episode, NASA astrobiologist Dr. Becky McCauley Rench said that Mars did once look like Earth billions of years ago when our solar system was forming.

The NASA astrobiologist goes on to say that today when we look at Mars, we see a dry planet, but there is evidence of Mars once having lakes and streams. This news of Mars having a lake was recently confirmed with NASA's Perseverance rover that captured images of a delta in the Jezero Crater, more on that story can be found here. Dr. Rench continued to explain that studying the Red Planet allows researchers to understand more about Mars' past/future as well as Earth's past/future. 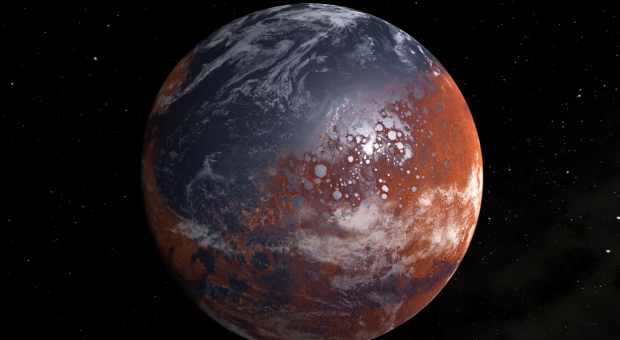