There are many asteroids out in space, and some of them contain high amounts of precious metals that are used here on Earth to make smartphones, batteries, and build large skyscrapers. 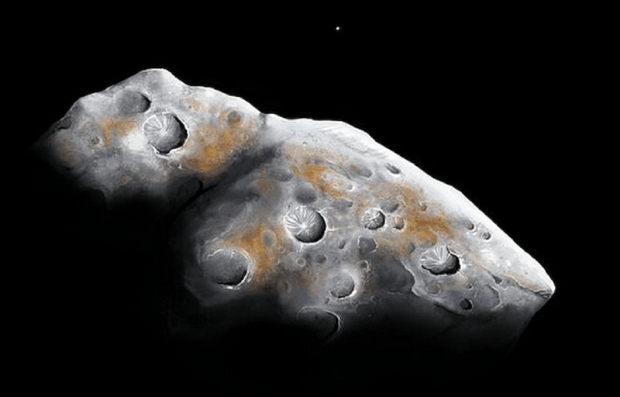 Human civilization doesn't quite yet have the technology to harvest the materials contained in these asteroids, but that hasn't stopped researchers from estimating their worth if it was possible. A recent study published in The Planetary Science Journal explores the possibility of harvesting the precious metal-rich asteroid named 1986 DA.

The researchers behind the study examined the asteroid and found that it's 85% metallic and possibly contains the following metals; iron, nickel, cobalt, copper, gold, and platinum. The researchers estimated that the mass of these metals contained in the 1986 DA would exceed the total metal reserves on Earth. Additionally, the researchers estimated the worth of the asteroid, taking into account market deflation that would occur if the materials were transported back to Earth and sold.

Over a period of 50 years, the researchers estimated that mining the asteroid for its metals would yield $233 billion a year. In total, 1986 DA was estimated to be worth $11.65 trillion.

David Cantillo, a co-author on the study, said, "We believe that these two 'mini Psyches' are probably fragments from a large metallic asteroid in the main belt, but not Psyche itself. It's possible that some of the iron and stony-iron meteorites found on Earth could have also come from that region in the solar system too."

The researchers said 1986 DA and the other asteroid dubbed 2016 ED85 that were studied have a similar composition to the famous asteroid Psyche. More on Psyche can be found here.

Vishnu Reddy, an associate professor at the University of Arizona and co-lead on the study, said, "We started a compositional survey of the NEA [near-Earth asteroids] population in 2005, when I was a graduate student, with the goal of identifying and characterizing rare NEAs such as these metal-rich asteroids. It is rewarding that we have discovered these 'mini Psyches' so close to the Earth."