NASA's Jet Propulsion Laboratory (JPL) has explained what appears to be something that would be seen in a science fiction movie. However, this is real and will be done relatively soon. 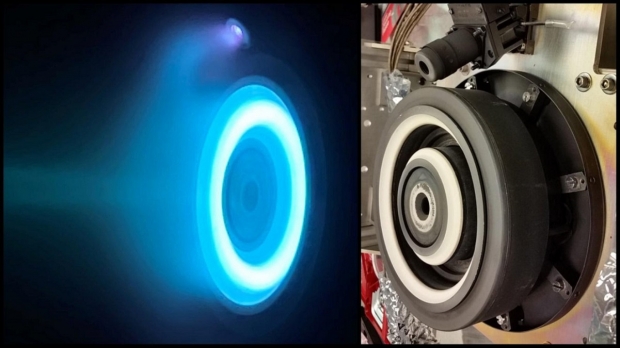 Instead of using traditional methods of propulsion, Psyche will electric propulsion, which consists of the spacecraft carrying tanks full of xenon, and solar arrays that convert sunlight into electricity that power the onboard thrusters. NASA explains, "The spacecraft's four thrusters will use electromagnetic fields to accelerate and expel charged atoms, or ions, of that xenon. As those ions are expelled, they create thrust that gently propels Psyche through space, emitting blue beams of ionized xenon."

NASA adds that the thrust is very minute and is comparable to holding three-quarters in your hand. However, as Psyche will be traveling through deep space on its way to the asteroid belt located between Jupiter and Mars, the spacecraft won't have any atmospheric drag, which means that it will perpetually increase its speed. NASA expects that Psyche will reach a speed of up to 200,000 miles per.