UPDATE: Blizzard customer service acknowledges the server issues and had this to say:

Diablo 2 Resurrected's US servers are having issues once again, marking the second day in a row where players have faced connection issues. 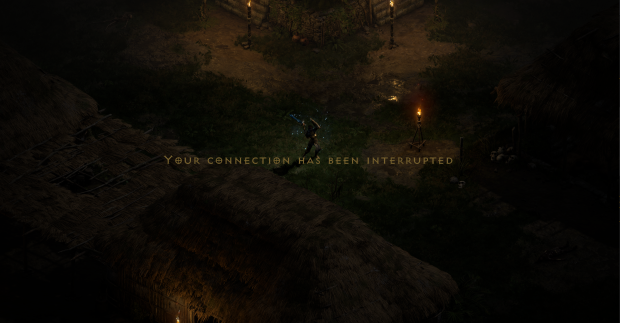 Blizzard is once again facing issues with D2Rs servers. While the developer has yet to announce the news on its customer support Twitter, gamers are having trouble connecting to servers and playing with their online characters. The official Battle.net client also warns users:

"We are aware of an issue that is affecting our authentication servesr, which may result in slow or failed login attempts. We are currently investigating the cause and will provide updates as they are available."

The worry is that Blizzard will perform emergency maintenance again and take the servers offline. This could lead to rollbacks, or the servers reverting to a specific point in time and basically erasing any progress made after that specific point. This is utterly disastrous for a game like Diablo 2.

That means if you find a high rune or that perfect CoA after the rollback cutoff point your items will simply not exist. Any progress with level ups, items found, or any other changes made will be nixed if they're after the cutoff point. Any GG runewords will simply be reset. It'll be as if you hadn't even played.

Rollbacks have always been an issue with Diablo 2 and Blizzard hasn't really communicated these issues to fans. Gamers simply log in and realize some of their high-valued stuff is missing and don't always have an explanation, which is one of the most frustrating things possible for an online-driven game.

We'll have more updates as the news unfolds.