Far Cry 6 runs at a slightly higher maximum resolution on Xbox Series X than it does on PlayStation 5, but both consoles still use dynamic resolution scaling.

Far Cry 6 looks pretty good on PS5--although it should thanks to its huge 26GB+ HD Texture Pack--but apparently the game might look even better on Xbox Series X. According to findings from VG Tech, Far Cry 6 on the Series X can actually hit 4K resolution of 3840 x 2160p. Since the game is dynamically scaled in order to maintain 60FPS on both systems there's also a low point of 3072 x 1728 resolution on the Series X, which is still pretty good.

The numbers aren't that much different on PlayStation 5. The console pushes a comparatively lower max resolution of 3392 x 1908 and a minimum resolution of 2944 x 1656. The numbers show the PS5's resolution targets are roughly 12% lower than those on Xbox Series X. So if you have both consoles you might want to just pick the Xbox Series X version (of course the game looks best on PC, especially with higher-end cards).

All consoles including the Series S maintain a rock-solid 60FPS throughout gameplay. 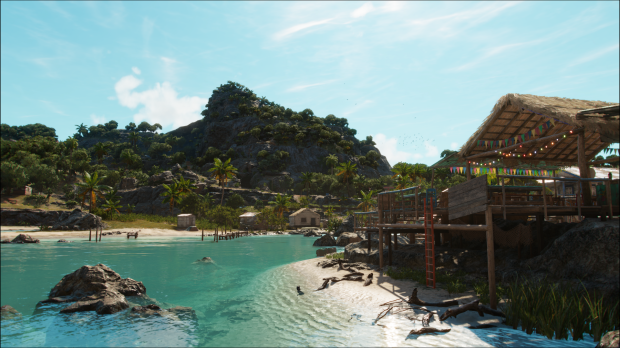