China's Chang'e 5 mission collected 3.8 pounds of lunar material from a region on the Moon that was once a large plain of molten lava. 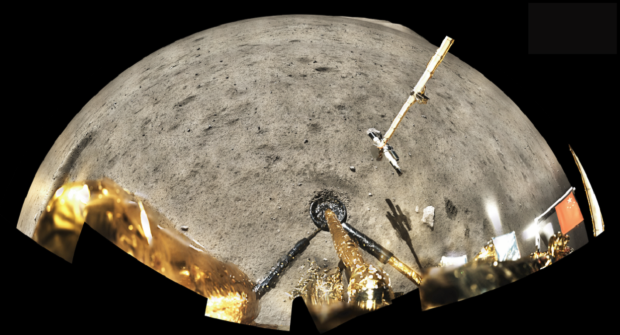 The first paper detailing the results of the samples being analyzed has recently been published in Science, and according to the findings, the volcanic rock located in the landing site is much younger than what researchers first anticipated. According to the paper, lunar volcanoes were erupting as early as 2 billion years ago, which means that researchers' current model of the Moon's history now needs to be adjusted to fit in the new data.

Study co-author Brad Jolliff, a planetary scientist, and mineralogist at Washington University in St. Louis, said, "So we got the stuff less than a billion, and the stuff older than 3 billion, [but] there's this big gap of 2 billion years - from 1 to 3 billion years ago - that we had no actually calibrated surfaces. And so this result now gives us that age - and it's right in the middle!"

Until now, the age of the lunar surface was derived from the Apollo missions and the Luna robotic missions. Additionally, the results from the analysis of the Chang'e samples will assist researchers in determining the age of impact craters, which will assist in developing a deeper understanding of the history of the Moon. If you are interested in reading more about this story, check out this link here.