World View Enterprises has announced via a press release that it's aiming to dramatically reduce the entry cost of space tourism.

According to the press release, the Tuscon, Arizona firm, is constructing a massive balloon that will carry a capsule containing tourists to the stratosphere. The space tourism industry is just taking its first baby steps, and as with most things that are brand new, the cost of entry is expensive. For context, SpaceX's Inspiration 4 mission, the first all-civilian mission to space, cost $200 million. Virgin Galactic's mission to suborbital space with Richard Branson cost $250 million, and Blue Origin's suborbital trip with Jeff Bezos cost $450 million.

World View Enterprises states that it will be offering trips to the stratosphere via its balloon for a fraction of the price - just $50,000. World View has a goal in mind, and that is to bring humanity closer by allowing as many humans as possible to experience the perspective-changing Overview Effect, "World View's mission is to bring as many people as possible to the edge of space so that at 100,000 feet, they'll see a world without borders or species and come back driven to make the world a better place."

Adding, "The company believes that by reaching a critical mass of people experiencing what has been labeled the Overview Effect that humanity will be able to markedly improve the future of our fragile Earth." 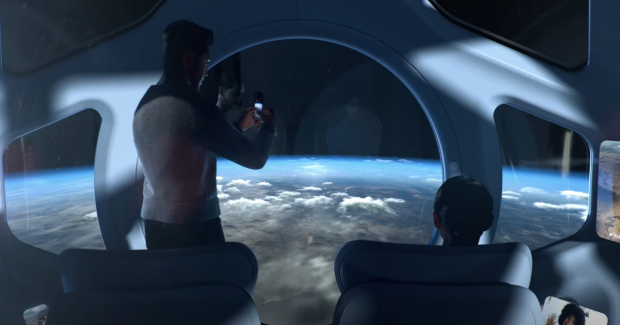