Game install sizes are getting out of hand. Here's why they're so big. 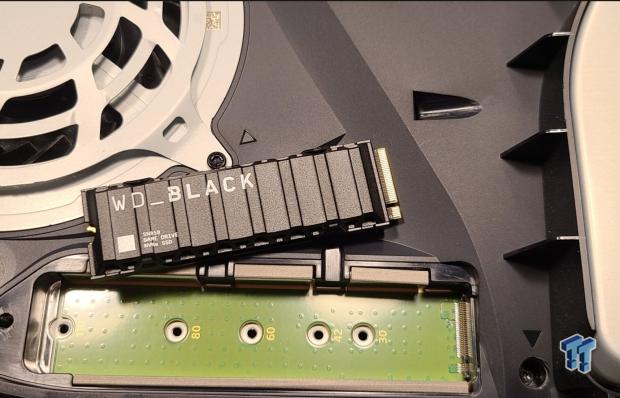 With multiple high-profile games like Black Ops Cold War, Cyberpunk 2077, Assassin's Creed Valhalla, and now Far Cry 6 commanding 100GB installs, M.2 expansion storage on the PS5 is no long negotiable. The console's 667GB internal SSD fills up fast. The sizes are just obnoxious even with the PS5's compression tech, which can substantially shrink data down to manageable chunks. So why are games so big? 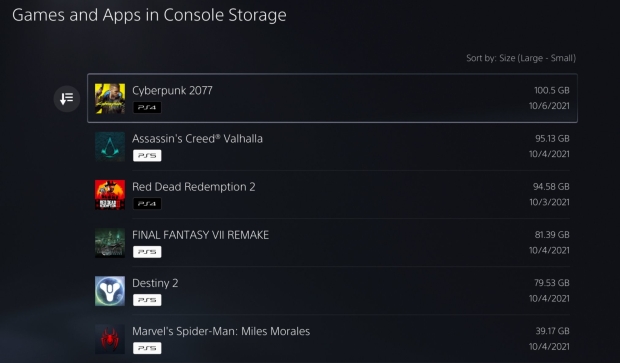 I've become very acquainted with the PS5's storage management screen lately. I'm currently testing multiple M.2 PCIe 4.0 SSDs in transfer rates and loading speeds, which involves lots of migration of data back and forth. While browsing the screens I noticed that some PS5 games break down the installed data and tell you what's included. Apparently it's not the actual games that are huge, but the staggering amount of data for voice-overs and dialog. 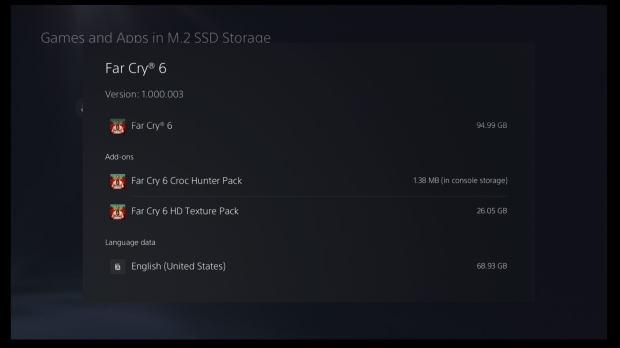 Take Far Cry 6, for example. The game clocks in at nearly 95GB with the HD texture pack installed. The voice-over data takes up a huge 72% of the total space requirement (~69GB out of the total 95GB). 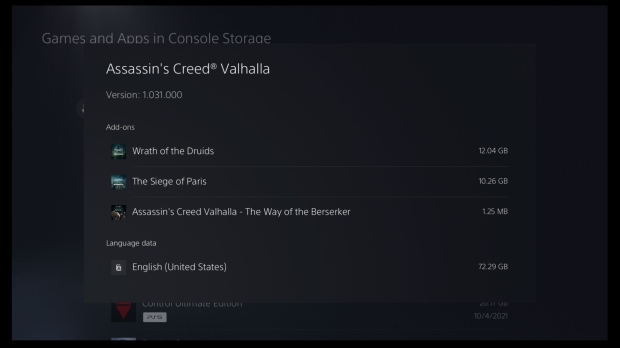 Assassin's Creed Valhalla is the same. Voice data for Valhalla takes up 75% of the data (72GB out of 95GB total install size).

Not every game has this info listed. Cyberpunk 2077, for example, clocks in at 100.5GB but doesn't have a breakdown like this--it's install is just listed as "game data." 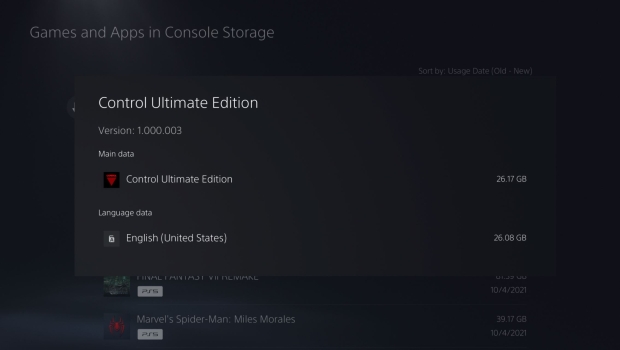 Then there's strange anomalies like Control Ultimate Edition. Control takes up 26.17GB of space on the PS5's SSD and 26.08GB of this is for English voice over data. There's no way the entirety of Control has been shrunken down to just 90MB.

We'd really like to know what's up with Control's install size on the PS5, but it's likely to have been compressed by the PS5's built-in compression APIs to some degree that isn't reflected in the metrics here.

Still, though, it's good to know exactly how much data is being taken up by the game itself and the incredibly massive voice over data.

Keep an eye out for our PS5 SSD vs PCIe 4.0 M.2 speed test coverage in the coming days.