The European Space Agency (ESA) partnered with the Japan Aerospace Exploration Agency has achieved the first fly-by with its BepioColombo mission. 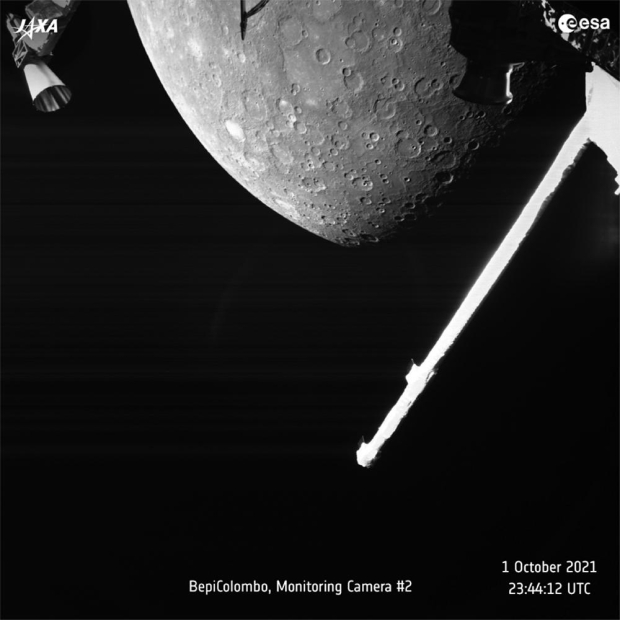 The European Space Agency explained that the spacecraft completed its first flyby of Mercury on Friday at 11.34 pm GMT. The spacecraft used the planet's gravity to slow down, passing at altitudes of less than 125 miles from the surface. During its fly-by, the spacecraft snapped an image of the planet, and according to the ESA, the image showcases Mercury's Northern Hemisphere as well as the 103-mile-wide Lermontov crater.

The BepiColombo mission was launched back in 2018, and up until now, the spacecraft traveled once past Earth and twice past Venus on its way to Mercury. The ESA explained that five more fly-by's of Mercury are needed before the spacecraft can release ESA's Mercury Planetary Orbiter and JAXA's Mercury Magnetospheric Orbiter. These two probes will relay data back to researchers about Mercury's magnetic sphere and core.