Eyewitnesses have reported seeing an extremely bright fireball pass overhead in the night sky. Officials have confirmed its existence.

The American Meteor Society has confirmed a meteor estimated to be the size of a house entering Earth's atmosphere above Colorado, United States. The fireball was captured on film by numerous cameras, some of which were porch cameras, and they show a bright fireball enter the sky, lighting it up a beautiful blue hue. According to Josh Ellis, located in Evergreen, Colorado, the fireball was so bright that it charged his solar lights.

Doug Robinson, who captured a video of the fireball over Boulder, Colorado, said, "Everything was pitch dark, and all of a sudden it lit up as if it was a brightly lit moon." Additionally, six people reported hearing a boom sound as they saw the fireball pass overhead. This "boom" was likely the fireball exploding as it broke up in the atmosphere.

According to Chris Peterson, an employee at the Cloudbait Observatory that's located in the Colorado Rocky Mountains, said the fireball came unusually close to the ground "Ten or 20 miles may not seem very close to the ground, but when we think about typical burning stars, we're seeing things that are burning up 60 to 70 miles high."

Peterson added, "It's unusual for such a large object" to come so close to the ground. On top of that, Peterson explained that around 90 to 95% of the meteor burns up as its entering the atmosphere, leaving fragments the size of gravel or a baseball to find on the ground. However, with this recent fireball, Peterson expects that there would be several pounds of material to be found on the ground. 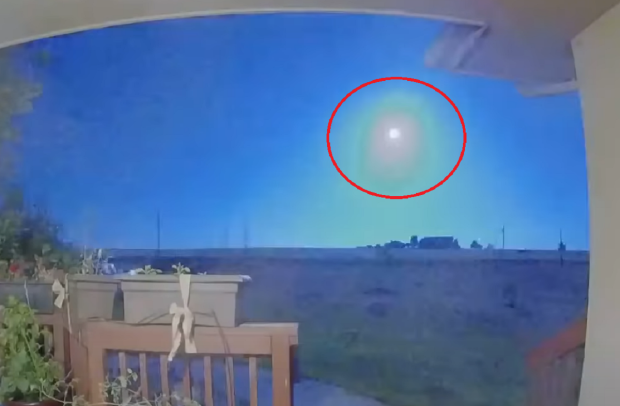