A drone light show in China has ended in absolute terror, with drones falling out of the sky and onto spectators watching below.

A bunch of videos were uploaded to various social media networks, with a video above on YouTube showing the disaster unfold. There were 200 drones flying in formation above a mall in the central city of Zhengzhou, China, when they started dropping out of the sky.

The drones hit buildings on the way down, and crashes into vehicles parked on the road. Spectators of the drone light show were yelling out "be careful" and "back off" as they were running away from the drones falling out of the sky. There were reportedly around 5000 people in the crowd that day, including many of them being children, with drones falling out of the sky and onto them is a horrible thing to imagine.

VICE World News spoke with someone who only provided his surname, Li, a 20-year-old resident at the drone light show who said: "More and more drones came off. Some flew very far away, and some hit the trees".

Even after this disaster, Li said he would still watch drone light shows in the future: "They are still quite impressive. But I will keep a safe distance". 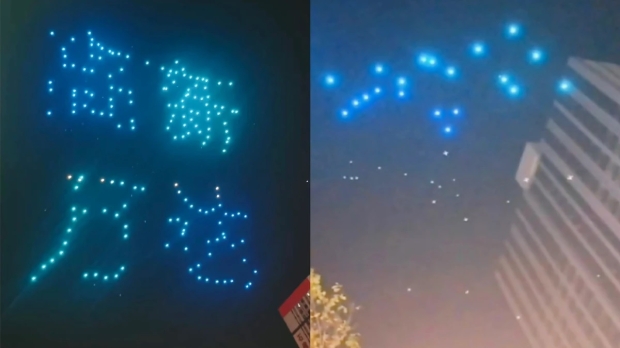