A promotional stunt has shook the moviemaking industry as a "live alien" was spotted inside a truck that's driving around the streets. 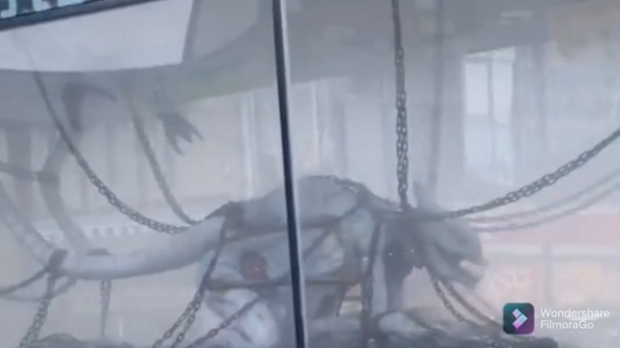 Apart of promoting Amazon's "The Tomorrow War" movie starring Chris Pratt, the film studio decided to build one of the aliens from the movie. The robotic alien was placed inside of a truck container that had a see-through shell. The truck was then driven through the streets in Tokyo's Shinjuku, Shibuya, and Harajuku, as well as Hollywood & Highland, Venice Beach, Huntington Beach, and Wembley, UK.

The alien that can be seen inside of the truck is called a White Spike. According to Jared Goldsmith, the global head of action and thriller marketing at Amazon Prime Video, "We're available in over 240 different countries, so it was translating and localizing into multiple languages. But it also takes creativity and all the teams aligning around a strategy and being able to develop creative that's going to resonate globally, but still have local relevance."

The promotional stunt took place in June and July, 2021. As for the movie, it's currently available on Amazon Prime. If you are interested in reading more about this story, check out this link here.