A new image has been released of the surface of Earth's only natural satellite, and its being described as the highest-resolution image of the Moon ever. 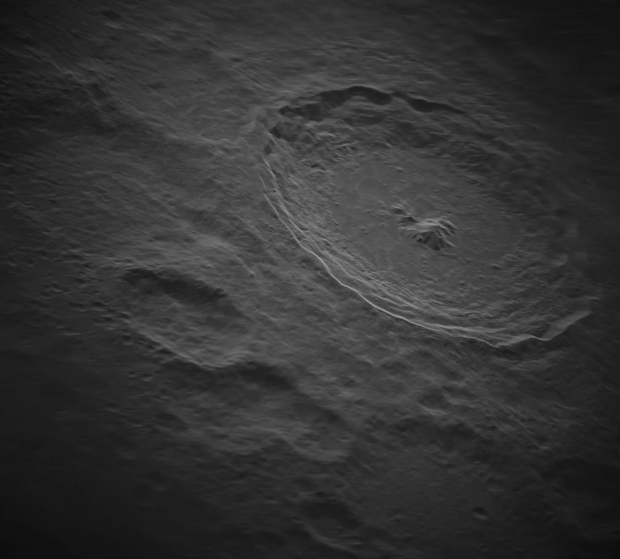 ScienceAlert reports that the image is of the Tycho Crater and was taken by the National Science Foundation's Green Bank Telescope that is stationed in West Virginia. The telescope was recently upgraded with a new radar transmitter that sends pulses out into space that then bounce of the target - in this case, the Tycho Crater.

The National Radio Astronomy Observatory then collects the bounced signals, compares them, and then produces an image. The result is what you can see above, and according to ScienceAlert, the image contains about 1.4 billion pixels. As for the size of the Tycho Crater, the image fully encompasses its diameter that measures 53 miles.

GBO engineer Galen Watts said, "The transmitter, the target, and the receivers are all constantly moving as we move through space. While you might think this could make producing an image more difficult, it actually yields more important data."

Adding, "Radar data like this has never been recorded before at this distance or resolution. This has been done before at distances of a few hundred kilometers, but not on the hundreds of thousands of kilometers scales of this project, and not with the high resolutions of a meter or so at these distances."