Halo Infinite players have already found a way to glitch into the custom games browser and try out new guns that aren't supposed to be released yet. 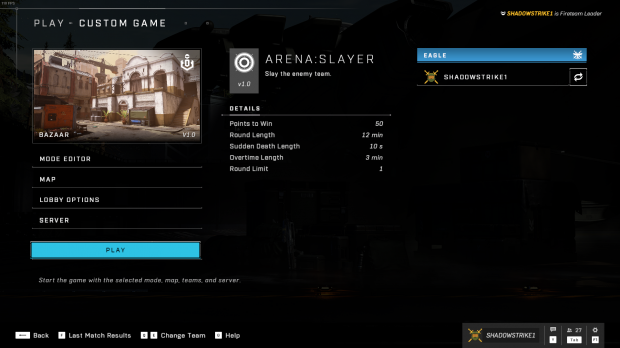 Halo Infinite's PVP isn't live yet, but that hasn't stopped some gamers from jumping in anyway. Users have found a way to get into Halo Infinite's custom games browser and set up their own PVP tournaments with friends. The lobby confirms up to 28 players can join a game at a time (that's 14v14 team chaos) and has three maps to choose from, including the new Behemoth from BTB.

Redditor Shadowstrike1 was able to recreate the glitch multiple times with a very specific sequence of player invites and party boots.

HERE ARE THE EXACT STEPS TO REPRODUCE:

Player 1 opens up Academy, and then Training Mode menu

Player 2 stays on their main menu

343i has apparently patched this so you'll need to change your server over to Local in order for it to work (you'll be locked to LAN or solo play, though). For a brief time the online server-based PVP worked and gamers were able to jump into customs in Infinite. Other players have unlocked weapons like the Hydra and Disruptor that aren't supposed to be in this current technical test.