Halo's advertisements have changed over the years. Back in the day, the ads invoked a certain sense of fragility and sci-fi wonder that tapped into the heart of the Halo franchise; the Halo 3 Believe ads, for example, showed an epic war where humans were completely overrun. Halo Reach's Discover Hope showed the ultimate sacrifice, and the ODST ads exposed the brutality of the Human-Covenant War.

But where is Halo Infinite's marketing campaign? So far it's been kind of MIA and we haven't seen any real epic ads--at least not any live action ones. We've had two great campaign trailers but nothing in the vein of the old ads. YouTuber Infinite Forges steps in to bridge that gap a bit with a simple but effective fan-made marketing trailer that brings that old-school spirit.

The footage shows Chief suspended in space and apparently lifeless, not unlike how he appeared in the Believe campaign ad where he was held up as a trophy kill by a Brute chieftain. We don't see Chief come to life in the trailer but it's heavily implied, and the footage effectively captures the old-school atmospheric feel of the Halo series and brings some real nostalgia with it.

I'd love to see Microsoft invest in some live-action advertisements for Infinite, however the COVID-19 pandemic has interrupted nearly every part of Halo's plans--including a delay of the co-op campaign. 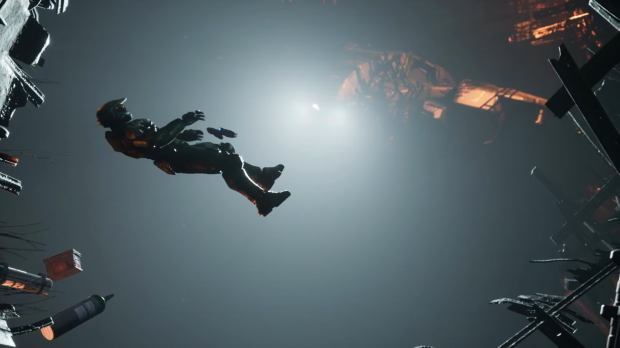