NASA researchers are showing off their excitement for the upcoming prospects that will take place in Mars' Jezero Crater after Perseverance recovered its second core sample.

In the above video that has been released onto the NASA Jet Propulsion Laboratory YouTube channel, NASA scientists explain the significance of Perseverance's second core sample collection and what it means for future exploration on Mars.

NASA predicted that the Jezero Crater was once a large lake that may have contained microbial life, and now NASA has confirmed that prediction was correct as the core sample nicknamed Rochette contained salts that likely formed as water evaporated from the environment. NASA said, "The salt minerals in these first two rock cores may also have trapped tiny bubbles of ancient Martian water. If present, they could serve as microscopic time capsules, offering clues about the ancient climate and habitability of Mars."

The purpose of Perseverance is to recover as much information from Mars as possible in hopes that this information will allow researchers to confirm that the Red Planet once had an environment that supported microbial life. The results from just two core samples in the Jezero Crater have proved promising, and Perseverance can carry 43 sample tubes, which will eventually be brought back to Earth for further analysis. 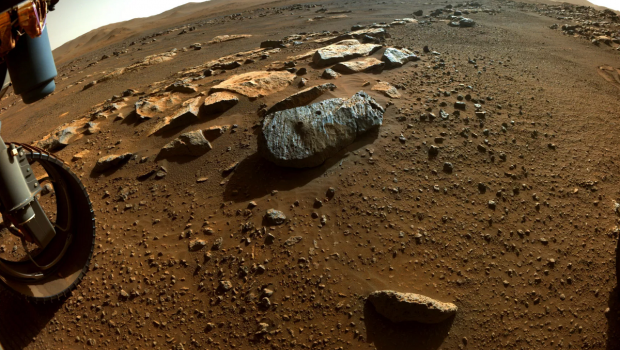