The US Department of Defense has tweeted out a new video showing that its unmanned ship, the USV Ranger, firing an SM-6 missile successfully during a recent test. Check it out:

Back in 2017, the US Department of Defense kick-started its new program of getting at least two robot ships that the US Navy could use autonomously. The US Navy worked with the Department of Defense's Strategic Capabilities Office, and became part of the "Ghost Fleet Overlord" program, giving me some Skynet vibes.

With a regular ship, there is a chain of command before the rocket leaves the ship for its intended target -- but for an autonomous Terminator-style warship, things are a little different. Human sailors in the US Navy (and other Navy fleets) must follow the Law of the Sea Convention -- the United Nations and its list of rules and practices countries agree on.

But when it comes to robots at sea, they need to be coded with these rules -- which is what the USV Ranger was testing out. There are a bunch of things the human side needs to know -- communication lines being secure, everything working remotely, as there are no humans on-board to fix something if a particular part malfunctions or errors. 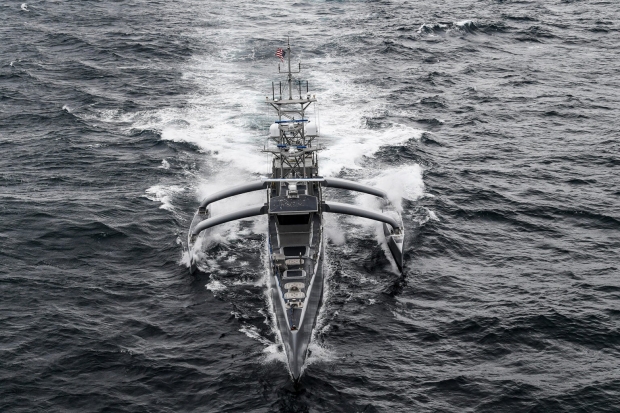 C. Todd Lopez of DOD News wrote in January 2021: "The Ghost Fleet Overlord program is part of an effort to accelerate the Navy's push to incorporate autonomous vessels within its fleet to better expand the reach of manned vessels. Autonomy includes more than just straight-line passage through large areas of the ocean; it also involves such things as collision avoidance and following the rules of the sea".