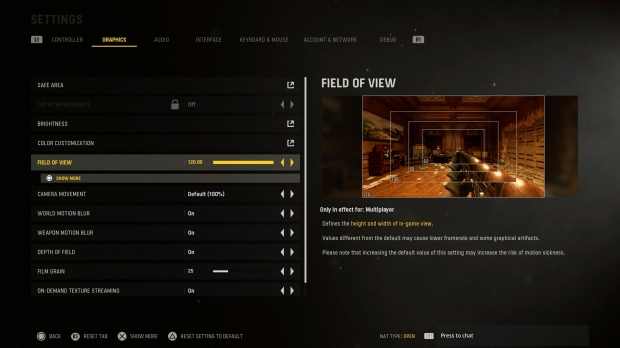 This year's new WW2-themed Call of Duty is built on the same new-and-improved engine as Modern Warfare and Black Ops Cold War, which supports ray tracing, 120FPS and other higher-end optimizations on consoles. On top of that, Vanguard's next-gen release will also feature an FOV slider up to 120 degrees, motion blur toggles, and depth of field tweaks. There's no word on whether or not PS4 or Xbox One will also support this feature.